Hi everyone, and a – belated – happy new year. I hope you all had a fantastic Christmas break, and that you are looking forward to an exciting, happy and healthy 2015.

It’s been a bit of a whirlwind since the start of January, and I’m just glad to have a few days at the moment to catch up on the admin (oh joy!).

I’ve just got back from India, where I spent a couple of weeks in Kanha National Park, down in Madhya Pradesh.

The trip was a good one, and although photographically the images were a little sparse in terms of headline-grabbers, I managed to get enough in the can to make it worthwhile. However, the most important news that broke whilst I was there was that the Tiger Census – last performed in 2010 when an alarming drop in numbers had been recorded – was carried out over a 5 day period, right across the entire country, with the result that tiger numbers had risen to over 2,200.

Whilst this is a figure to celebrate, of course, the sobering thought is that there were likely 100,000 of the striped cats roaming India’s forests at the turn of the century, and as such we have a long, long, long way to go to even begin to repair that damage.

However, things are turning a corner, and if efforts can continue to be made, then there is a real chance that we may see continued rises over the next decade. Certainly, the Wildlife Society of India estimates that 10,000 free-roaming cats could be achievable in that period, without a major escalation in human/predator conflict. Let’s keep our fingers crossed…and let’s just give them the space they need! 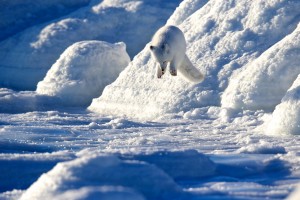 Back home, it’s been an interesting month on the pictures front, with one of my images – the one at the top of this page – trending on National Geographic, and all set to be made “picture of the day” in a short while…remember, you saw it here first! To commemorate that, I will be releasing a limited print run of just 50 of the image, all sized at 30×20 on a Giclee. Contact me directly to reserve one.

Also, the smaller image you see here – of the arctic fox – has been picked up by one of New York’s press agencies, and you should therefore see the whole sequence (7 pics in all) appearing in national media near you in the very near future.

This is a really exciting development, and it will be great to see the images appearing in magazines and newspapers worldwide as the story gets picked up off the wires.

Right, time to crack on – it’s Canada in three short weeks and there’s quite a lot of prep for that. Catch you soon!